Nutrition : A small step, for a BIG Change ! 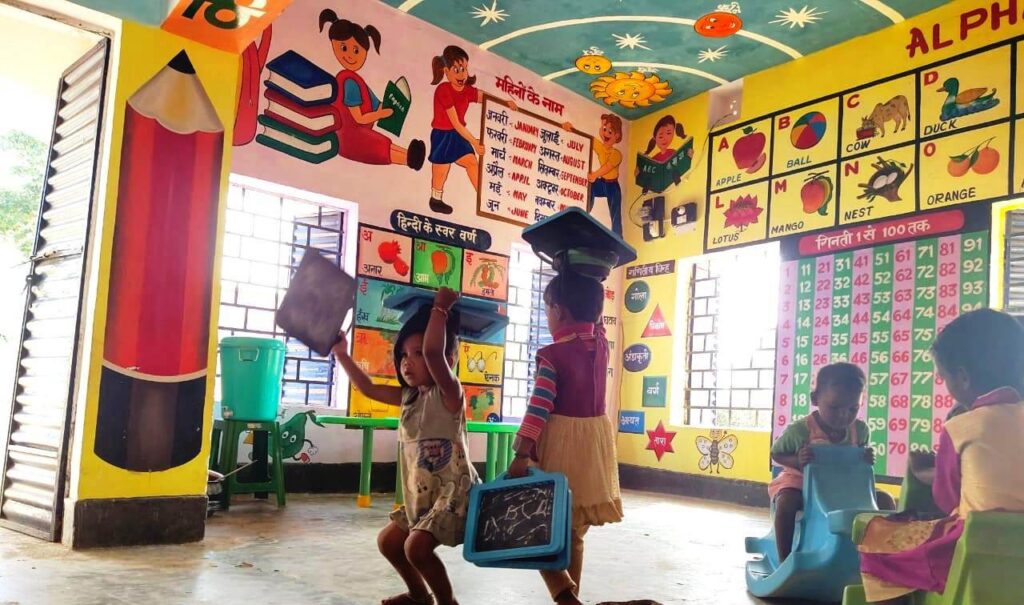 When we talk about nutrition and health, the first and foremost thing that comes to our mind is a healthy diet, good food, exercise & clean water to drink. But, is it only about the food we consume or there is something more!!
Let’s take a look about the status of children below the age of five in our country.
India is a nation with a huge population and with it, come huge responsibilities. When we talk about under nutrition, children below the age of five are the ones most venerable. Since 2005, the prevalence of stunted children in our country has fallen from 48% to 38 % in children under five years of age. Two-thirds of the deaths among children under five are due to under nutrition. (Source: NFHS3 2005–06, CNNS 2016–18). We are making good progress but we still need some national leadership to accelerate already successful efforts to end stunting and other form of under nutrition across India. The battle against stunting and other forms of under nutrition has begun yet not won, progress are being made but remains too slow. Awareness sessions on nutrition with Mother Support Group (MSG) in intervention area.
Nutrition and sustainable development
Improved nutritional status is a key to sustainable development, affecting how other investments in education, health and child protection impact on Indian society. The cost of inaction are immense, resulting losses at individual level, social level, state level and above all at national level which arises from millions of undernourished and poorly educated children.
Therefore, under nutrition and the response to it must be viewed as one important manifestation of a larger development problem and is essential for reaching the Sustainable Development Goals (SDG), to which India is signatory.
Cycle of malnutrition
The cycle of malnutrition is a viscous cycle which continues to affect generations. There is an urgent need to address this and break the cycle. Stunting causes irreversible physical and mental damage for children. It not only weakens them physically and mentally but also affects their entire life in the long run. It negatively affects their learning as it affects school attendance and performance. At adulthood it affects their income earning and generation capabilities. When observed at macro level, these small problems of under nutrition reduce economic advancement due to losses in productivity, poor cognition and poorer educational outcome which hamper overall growth of a nation.
Malnutrition Status of Khunti & West Singhbhum in comparison to Jharkhand. Plan for children of age group 0–6 years.
Mother Support Group of women of age group 19–45 years was listed. PLA (Participatory and Learning Approach) sessions are conducted. Women are made aware about the importance and benefits of good nutrition in these sessions. Women are also made aware about the myths and ways to take care of their infants and children. They are supported with kitchen garden and livestock. Regular monitoring is done through home visits. Strategy for Mother Support Group (MSG) members.
Anganwadi Centers
Infrastructure of Anganwadi centers were not in good condition prior to our intervention. Few centers were used as shed for cattle, lack of toilet and running water made it difficult for women and children to attend these centers during VHND (Village health and nutrition day). The centers were devoid of play materials, black board and other teaching aids were either torn or non usable.
We took up an initiative to renovate these centers. Infrastructure was repaired, the interior as well as exterior was painted with beautiful colors, cartoons and BALA painting to attract children.